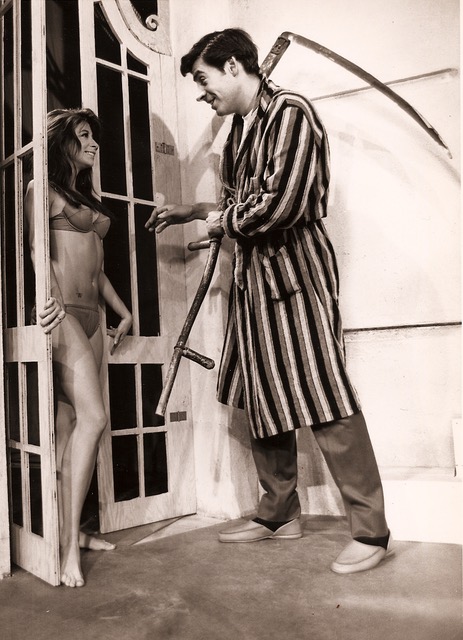 As a child, I was given a rare glimpse into the explosion of off-Broadway theater in the late 60s. The 1967 season may have been the best ever, financially and artistically. Off-Broadway is where all the action was—a place where someone like Norman Lear could poach his ideas for future TV shows and the whole the zeitgeist would eventually be harnessed and watered down for the mainstream.

Pick a play, any play, and its small stage was likely to contain an eye-popping young cast. A $4 ticket led the way to George Tabori’s The Niggerlovers (with Morgan Freeman, Stacy Keach, Viveca Lindfors), or Murray Schisgal’s Fragments (with Gene Hackman, James Coco) or Israel Horovitz’s The Indian Wants the Bronx (with Al Pacino, John Cazale, Marsha Mason).

Hair opened off-Broadway at the Public Theater, and featured real hippies off the street, coinciding with the counterculture in real time. It was followed by Your Own Thing and, later, by The Me Nobody Knows and Ain’t Supposed To Die a Natural Death. In ’67 there was America Hurrah, The Boys in the Band, Jacques Brel is Alive and Well and Living in Paris, House of Flowers, MacBird!, The Electronic Nigger, The Beard, Curly McDimple. I saw a handful of these, and was not too young to absorb the excitement and irreverence coming off the stage.

In that faraway time and place called 1967, theater was a world where the playwright was king. Dig some of the names who debuted new work off-Broadway that season: Truman Capote, Sam Shepard, John Guare, Graham Greene, Ed Bullins, Langston Hughes, and Vaclav Havel, later to become the first president of the Czech Republic when it broke from the Soviet bloc. (Imagine having David Mamet as president here.)

My dad’s play, Scuba Duba, the first smash of the 1967 season, had an intoxicating effect on the family. My mother woke me up at four in the morning and whispered in my ear: “It’s a hit.” As was customary in those days, cast and crew held vigil after opening night at some restaurant as newspaper, TV and radio reviews streamed in. Actors ran in from corner newsstands, presenting newspapers hot off the press. Reviews for Scuba Duba were foaming-at-the-mouth raves, capped by The New York Times. The Times had the all-powerful ability to single-handedly decree a hit or flop, out-weighing all other media combined. My mother and father stood stunned in the middle of the hurly-burly while notices were read aloud. That morning, my sixth grade teacher, Mrs. Adelman, opened The Times and read Clive Barnes’ over-the-top review to the entire class.

Part of Scuba Duba’s trickle down effect on me was the pie-in-the-sky illusion of fairy tale success. It happens in show-biz maybe once a year, and it happened here. Theater is a blood sport, and before opening, the play had gone through a year of agonizing toil and sweat. Frantic rewrites occurred until opening curtain. Having done nothing but work on this production a solid year, my father feared he would have had to sell the house if it didn’t fly. The director Steven Vinaver, a young, tweed-suited Brit, had just directed The Mad Show (the original Mad Show, which really was based on Mad Magazine). He spent a year in the trenches with my father, working Scuba Duba into shape. Then suddenly resigned a couple of months before opening, when all seemed hopeless. Jacques Levy came in to replace him. Vinaver was lured away by an offer to direct Vincent Price in a Broadway musical—which closed in three weeks. Poor Steve Vinaver—a brilliant man with untold promise in the theater—died shortly thereafter. Blood sport.

In a future essay, Clive Barnes cited Bruce Jay Friedman as the first to introduce obscenity and nudity to the New York stage. Scuba Duba contained a topless nude scene in the form of an aging stripper who suddenly cascades down the stairway (big stuff in those days—the audience was truly shocked).

But the subject of race (my personal obsession, if you haven’t guessed) was foremost in Scuba Duba. When the liberal protagonist’s wife runs off with a Negro scuba diver (Cleavon Little as “Scuba Duba”) in the French Riviera, he suddenly becomes not so liberal. William Goldman’s The Season: A Candid Look at Broadway, about the 1967 season, details fistfights that broke out at intermission during Scuba Duba. Jerry Orbach’s dialogue called for him to say “spade,” and the night Goldman saw it, he recounts this outburst from the audience:

Everyone turns, trying to locate the sound. The actors, visibly and understandably unnerved, get a little more unnerved, because now, right there, smack in the middle of the play, this white guy gets up from right behind me, edges to the aisle and starts slowly down toward the stage. He is neatly dressed, grey slacks, double-breasted blazer, red turtleneck sweater, and he is holding his program out in front of him as he makes his steady way. All the time he is yelling at the actors: “WHAT KIND OF FILTH IS THIS?”

. . . .Then the guy rips his program in half and throws it at the actors’ faces, and methodically moves away. . . out of the theater and gone.

One of my favorite passages in Scuba occurs when an Ugly American Tourist (Conrad Bain) relates his “Just Keep Those Eggrolls Hot” speech:

"As long as they got those eggrolls I don’t care what kind of Chink they are. I been all over the world, but I can’t really settle into a place unless I know there’s a good Chink’s nearby. . . . We got one in my town, a kind of drive-in Chink’s. Night he opened up I was first in line. I said to him ‘You’re pretty goddamned lucky to be here, buster.’ He looked kind of puzzled, but he knew damned well what I was talking about. I said to him ‘Let’s say the dice had taken an extra roll. You could have been over there in Shanghai someplace starving to death. . . . You’d have beri-beri by now if you’d been over there. So you just keep those eggrolls hot, Mr. Chinkhead, and everything’ll be all right.’ . . . We never had any trouble with the guy. Hell, for all I know he could have been a citizen or something, but that gets us right to my philosophy. Lay it on the line."

The theater, unique to New York until recent times, was then a bastion of breakthrough ideas and experimentation. Corporate dominance would soon put an end to that. There was an authentic counterculture at large in the late 60s, from which television would take its cues and reap the bounty. The way I saw it, Steven Vinaver’s The Mad Show would trigger Laugh-In. Though Laugh-In was blocked out in the directorial style of 1938 Broadway hit, Hellzapoppin’, the zeitgeist was pure Mad Show, with cast members Joe Ann Worely and Alan Sues going right into Laugh-In. Mad Show co-writers Larry Siegel and Stan Hart next wrote the first Flip Wilson and Carol Burnett TV shows. Its two music conductors wrote and produced the music of Sesame Street and The Muppets.

On other counterculture fronts, John Avildsen’s movie Joe would water down into All in the Family. Though All in the Family was ostensibly based on a British sitcom, Archie was really a palatable Joe, the low-budget 1970 hit movie starring Peter Boyle. The zeitgeist of Catch-22 became Mash, and on and on. But many of these roads began on ol’ off-Broadway. 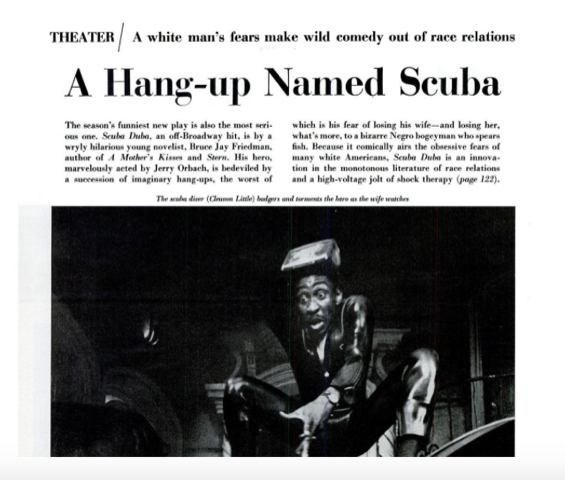 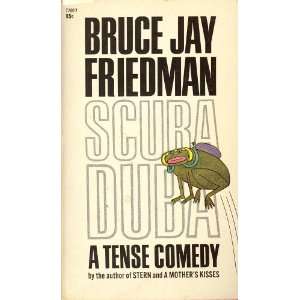 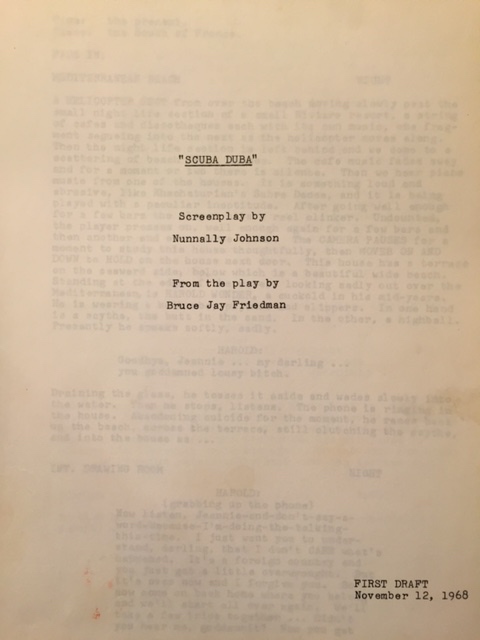 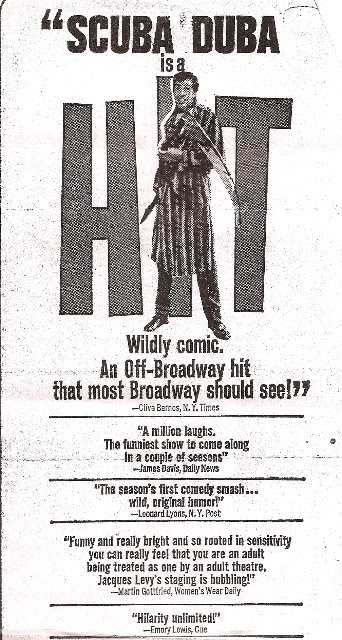