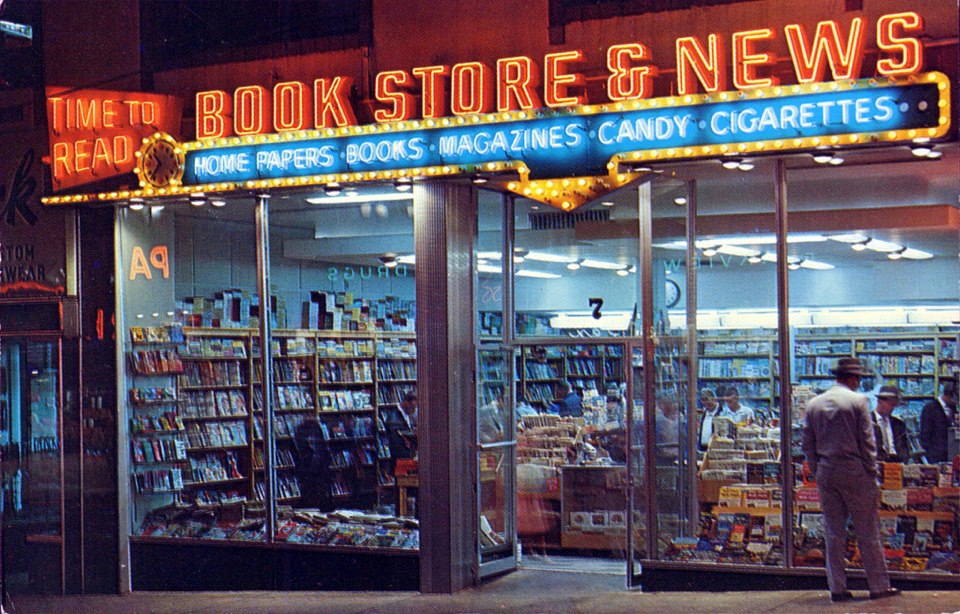 The Times hasn’t covered language since the loss of Spiro Agnew’s speechwriter, William Safire. So, in the spirit of William Safire’s “On Language,” here’s a 21stcentury catch-up on some words he might have acknowledged.

Unlike other languages, English has no central authority on regulation. We may never get to rewrite the alphabet to include 40 letters, making English phonetically compatible, as George Bernard Shaw once endorsed. But I believe “Ebonics”—that venerable old mainstay of American Black vernacular—should have by now been officially baptized into the Queen’s English.

The definitive record, covering a thousand years of spoken English, has been the Oxford English Dictionary. A new edition (only the third since 1888) of the OED is underway, with the target publication date of 2037. This “Empire of Words,” like the English monarchy itself, might require a royal directive to include more Black English. But the Queen, she be old.

They might also add Misnigged: misidentified a Black person. Happens often in law enforcement. And What Dafuq is dat shit? Needs no explanation.

I prefer spellings for certain words that seem to emote properly when pronounced a bit differently. For instance: Byootocks. This is how my associate, Richard Jaccoma, and I have always insisted on pronouncing “buttocks.” Of all the endearments that a woman’s behind might conjure, why reduce those two essential flanks to a flat sound like buttocks? Sounds like a cut of meat delivered by an old butcher in the Bronx. Think about it. Byootocks. Add the new term, thicc, to sweeten the meaning even more.

Another expression, used by Richard J. and myself: “He JFK’d her onto the bed.” Verb transitive. An action used by chief executives when giving solo tours to interns upstairs at the White House. In the case of its namesake, a maneuver toward the master bed whilst simultaneously slipping it in. Likewise, we extend the meaning to acts of executive privilege as such: He unzipped his fly and did something presidential.

Friends of ours whose first language is Spanish have a tendency to say “refuse-ed” instead of “refused.”

“Ramon, he refuse-ed to take the yob.”

This takes on even greater significance when the R’s are rolled: rrrefuse-ed.

When my daughter was eight, she declared that a performance she had given was “applaudable.” I told her there was no such word. Perhaps her teacher said the performance was “laudable?” My daughter insisted there was such a word, and sure enough, there in one of the reputable college dictionaries stood “applaudable.”

I like smexy, which makes fun of the word sexy, and secksi, which puts more bang back in sexy. Sometimes spellings need an update to give them back their meaning. I don’t like “wut?” which designates an incredulous, dumbed-down “what?” Fucktard says what it means without mincing words.

I don’t give two fux

I don’t give two dambs

Bewbies for boobs. I don’t like this one, but girls use it. Adds a precious cuteness to the concept.

“Marvy” was a diminution of marvelous in the early ’60s, used by teenage girls. Likewise, kooky was common then. (Can a cute, but cloying Jewish girl be called “kike-y?” I say, let’s go for it!)

Kooky, kinky, kikey. Frank Sinatra legitimized the word “cuckoo” for me, having inserted it into live versions of two songs wherein the lyricist didn’t write it. It was an embarassing term used by teenage girls like Gidget or Patty Duke in the early ’60s. (Maybe he picked it up from Joey Heatherton.) Sinatra waited until Cole Porter was dead before taking such liberties.

She loves the free, fine, wild, knocked-out, cuckoo, groovy wind in her hair

I’ve heard The Holocaust misstated as The Hall of Cost, and Thelonious Monk misidentified as The Loneliest Monk.

The word “exploitation” has come to be used in a positive light. When I grew up, the word was used in a negative context (exploited bodies of prostitutes). But in the trades, to exploit an intellectual property for profit is the whole objective. J.D. Salinger (heroically, in my opinion) was able to prevent Catcher in the Rye from being bulldozed into a movie. This took all of his vigilance. Once Harper Lee became senile, however, she was no longer able to fend off the vultures. They pried away her hidden early manuscript, Go Set a Watchman, which should never have been published, and when she died they descended upon To Kill A Mockingbird like vampires (the current Broadway adaptation).

Decades after Budd Schulberg’s 1941 novel, What Makes Sammy Run, his Hollywood scumbag protagonist, Sammy Glick, was mistaken as a role model. Schulberg was appalled by young hustlers and agents, like Ari Emanuel, who were inspired by the Sammy Glick playbook. (Not that agents read books—unless they could turn a buck from their own mother’s sex diary.)

I would argue that certain changes in terminology should be set back to the way they were. “Democratic attorneys general,” for instance. I’m sure there’s a semantic reason for this usage, but for common-folk talk, can’t we just call them “attorney generals?” And RBI’s became ribbies, or RBI, because “run batted ins” is not what the abbreviation was meant to say. For that matter, I still prefer Peking to Beijing, and Bombay to Mumbai. And Mao Zedong will always remain Mao Tse-tung to me. Burma changed its name to Myanmar. If the shaving cream was still in business, would they change the brand to Myanmar Shave? Do Chinese restaurants serve Beijing Duck?

Finally, here are some new terms of the moment: “Misojewny” and “anti-Semisogny” are terms describing hatred of Jewish women by members on the Left. “Misogynoir” is the hatred of black women by the Right. “Diversity,” of course, is a euphemism for Blacks, but can include Latinos and Asians.

The lede of a newspaper article—would it be just as well being called the lead? Old Bowery bums drank “licker” instead of liquor. Conjures up a licking of the lips upon sticky gutter-brand wine. Scuzzy was a colloquial term that came into use in the 1970s, a fuzzy variation of “disgusting.” My own father never heard of it when he briefly taught an “Irony and Satire” class at City University. One of his students used the word in a paper.

No Dad, it’s a real word used by cullid girls. “Got something scuzzy on your butt, don’t touch it!

William Safire? What Dafuq you say?

← Save the Tapes!THE EVENING WHIRL →
Scroll To Top