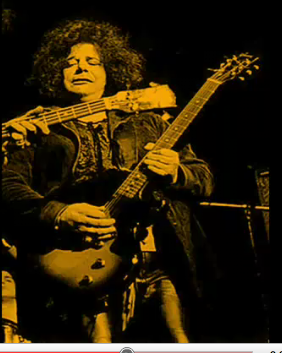 A night at the Fillmore East in hippie heaven, 1970. A thinly disguised Felix Pappalardi and Leslie West of Mountain. Excerpted from my future novel, All Roads Lead To Great Neck.

Bruce, Sue and the Goddess took their seats, programs in hand. The seats were of a dark purple fabric that harkened back to the Yiddish Rialto, where the sweatshop weary flanks of their ancestors once sat. Ratner’s pastries sold in the mezzanine lobby, the same as in Yiddish theater times. The printed Fillmore programs all carried a graciously worded plea:

Lighting Up? Please know that this is a public place, our adherence to certain laws is what enables us to have a theatre license. This license allows us to continue to present music to entertain you each week. IF YOU’RE THINKING ABOUT DOING SOMETHING ILLEGAL: Please realize that you are jeapardizing that license, the existence of Fillmore East, and subjecting yourself to the possibility of being arrested (the law can come in here too). PLEASE HELP

The Volcano table broke out in applause. Even Sue and Slum Goddess were charmed. Sue had now experienced a great musical awakening. The Fillmore laid waste to all the Bobbys she had ever known—Bobby Vinton, Bobby Vee, Bobby Darin, Bobby Rydell, Bobby Goldsboro, and especially Bobby Sherman. Her musical circuitry developed new levels of understanding.