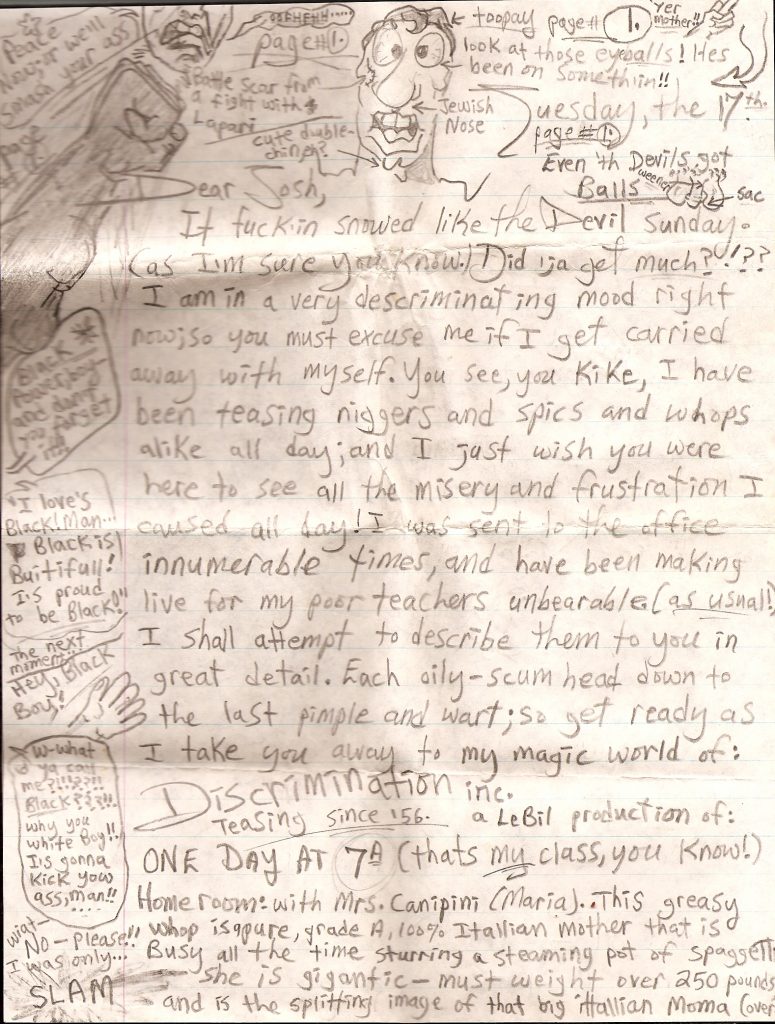 For me, entrance into 7th grade at Great Neck South Jr. High in 1968 was a dehumanizing, soul-killing nightmare. There were hundreds of kids per grade, each one a peon. For some inexplicable reason in the 1960s, Great Neck developed an inflated reputation for having the best schools in America. Families moved to Great Neck to send their kids to school. But peppered in amongst the staff were sadistic, unforgiving teachers who were there to hurt students who didn’t fit with the program. If it were just a tad more totalitarian, they might have simply had you shot. Instead, they drove kids insane.
The Senior High parking lot told part of the story. Teachers drove shabby Volkswagens while a lot of the students drove Lincolns. But most of us filed into a school bus each demoralizing morning in the twilight before sunrise. I collapsed in my room after the first day of 7th grade, facing a six-year prison sentence that I didn’t believe I could survive.
But, as I had discovered Bobo in first grade (see Black Cracker), after a few weeks, I made the acquaintance of Billy Bloom. Bloom was self-liberated from academic chores, breaking out in fits of existential laughter. I was the only other student who found this contagious. He had a penchant for getting beaten up by adults. Teachers just seemed to snap. More than once I saw Bloom sucker-punched to the floor with a bleeding nose after being coldcocked by Coach Halloran in the locker room. (This 1960’s Great Neck South junior high gym coach methodically beat kids up with his fists when no one was looking. The other two coaches were decent men.)
Bloom once molded a realistic clay sculpture in art class. He added an enormous, circumcised clay pecker as an afterthought. Since the figure was done so skillfully, in the style of Michelangelo’s David, the art teacher was perplexed. Mr. Regis, the only gentle teacher we had at Great Neck South in 1968, was perhaps even gay. He had to acknowledge Bloom’s talent, but could Bloom perhaps, er, um, reduce the enormous size of what he had tacked on (as an afterthought)? Bloom kept a straight face throughout, considering whether to subtract a few inches.
Bloom and I were often removed from class. Biting our tongues before various disciplinarians, the harder we tried to choke up, the more the laughs would swell until we collapsed on the floor in hysterics. We couldn’t have stopped with a gun to our heads. Our mothers were called a hundred times. At some point our school careers, and thus our lives, were so fucked we had nothing to lose. But Billy Bloom kept me sane that year.
Before the start of 8th grade, Billy Bloom was sent away. Every few weeks, I eagerly anticipated another envelope from Vermont. Vermont seemed to be the preferred destination for disturbed teenage boys. Insane asylums buttressed with calming pastures and farmland? His letters were like Zap comics, before Zap was even available. I planned to write comic strips for him to illustrate when and if he returned.
When he finally emerged several years later, Bloom was serene. Much too serene. As if he had been defanged, neutralized, or God forbid, lobotomized. He had stopped drawing, rebelling and doing shtick.
But I didn’t. Frustrated by mental images I couldn’t draw myself, and seeing Bloom defanged, I decided to collaborate with my second choice—my younger brother, Drew. Which worked out rather nicely. Yet I still wonder at what might have been, comix-wise, had Billy Bloom remained a lunatic.

From some tranquil Vermont facility for boys, in 1969: 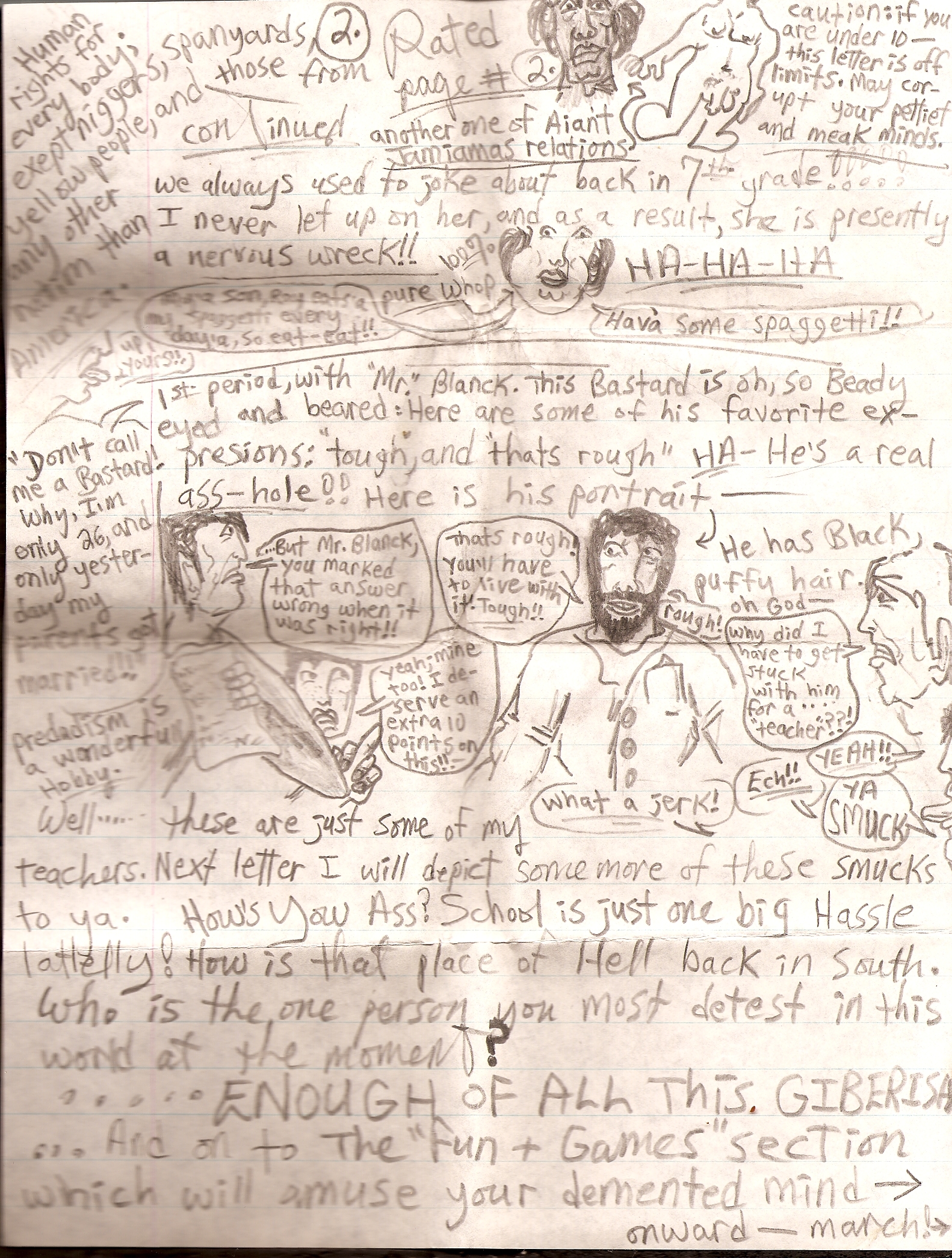 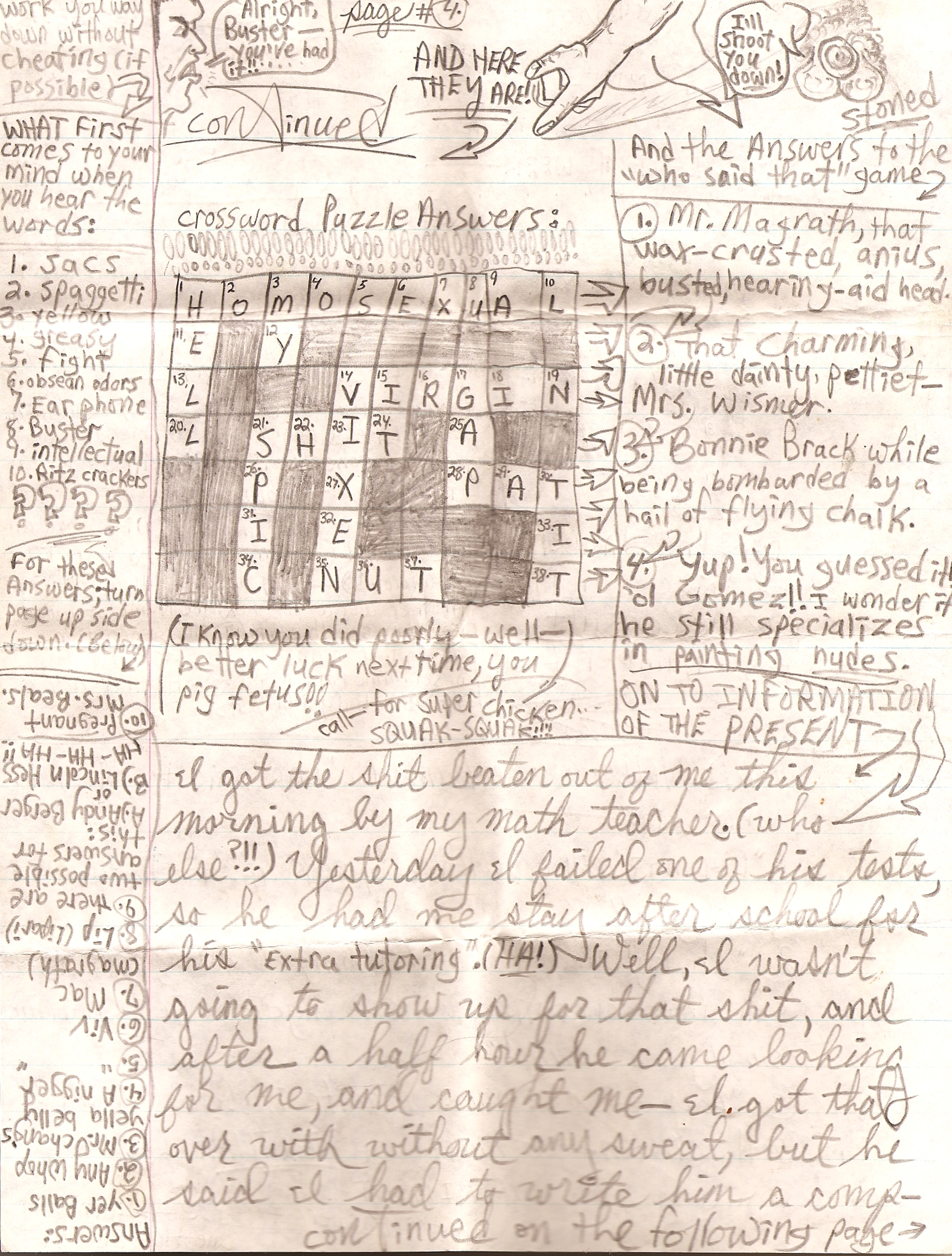 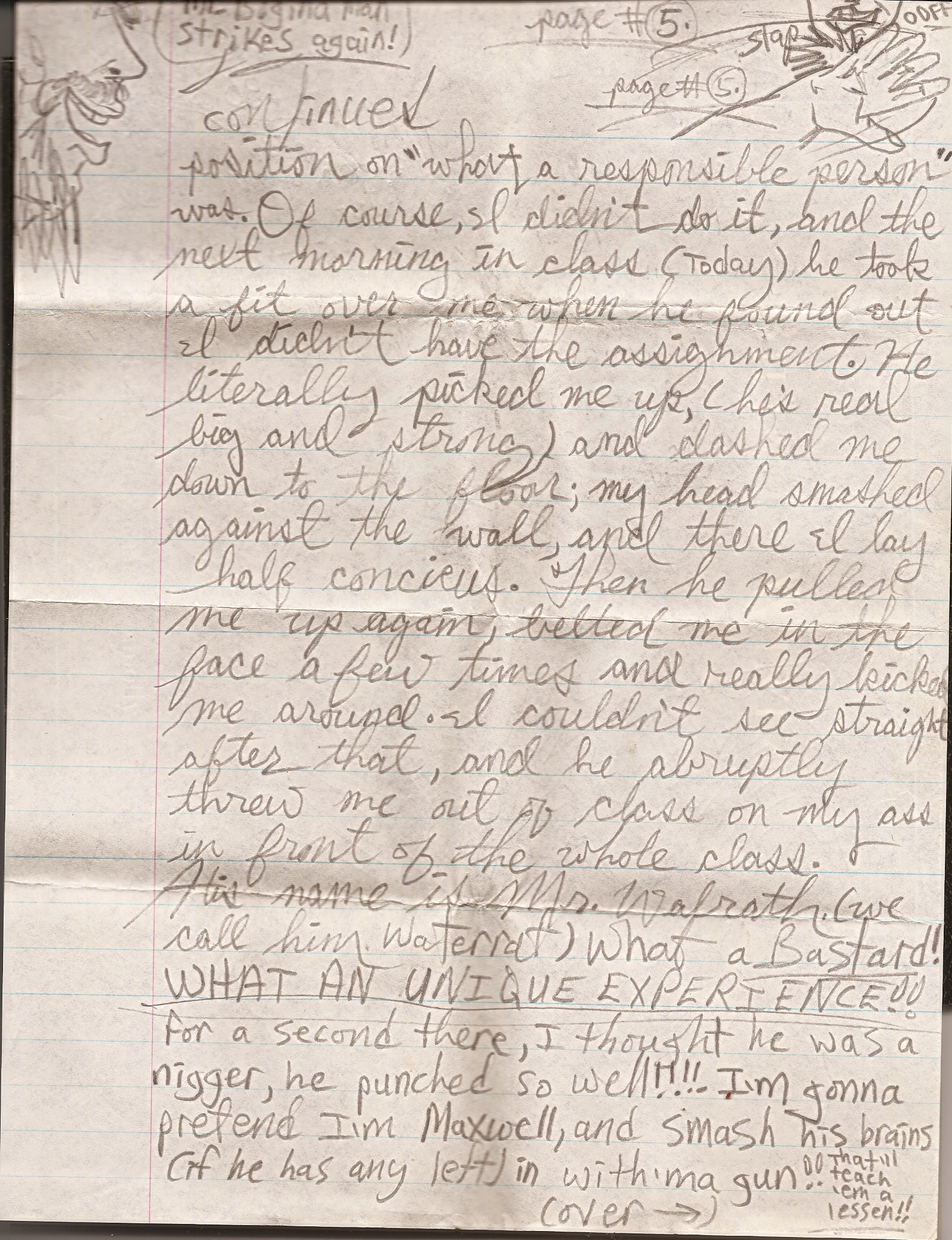 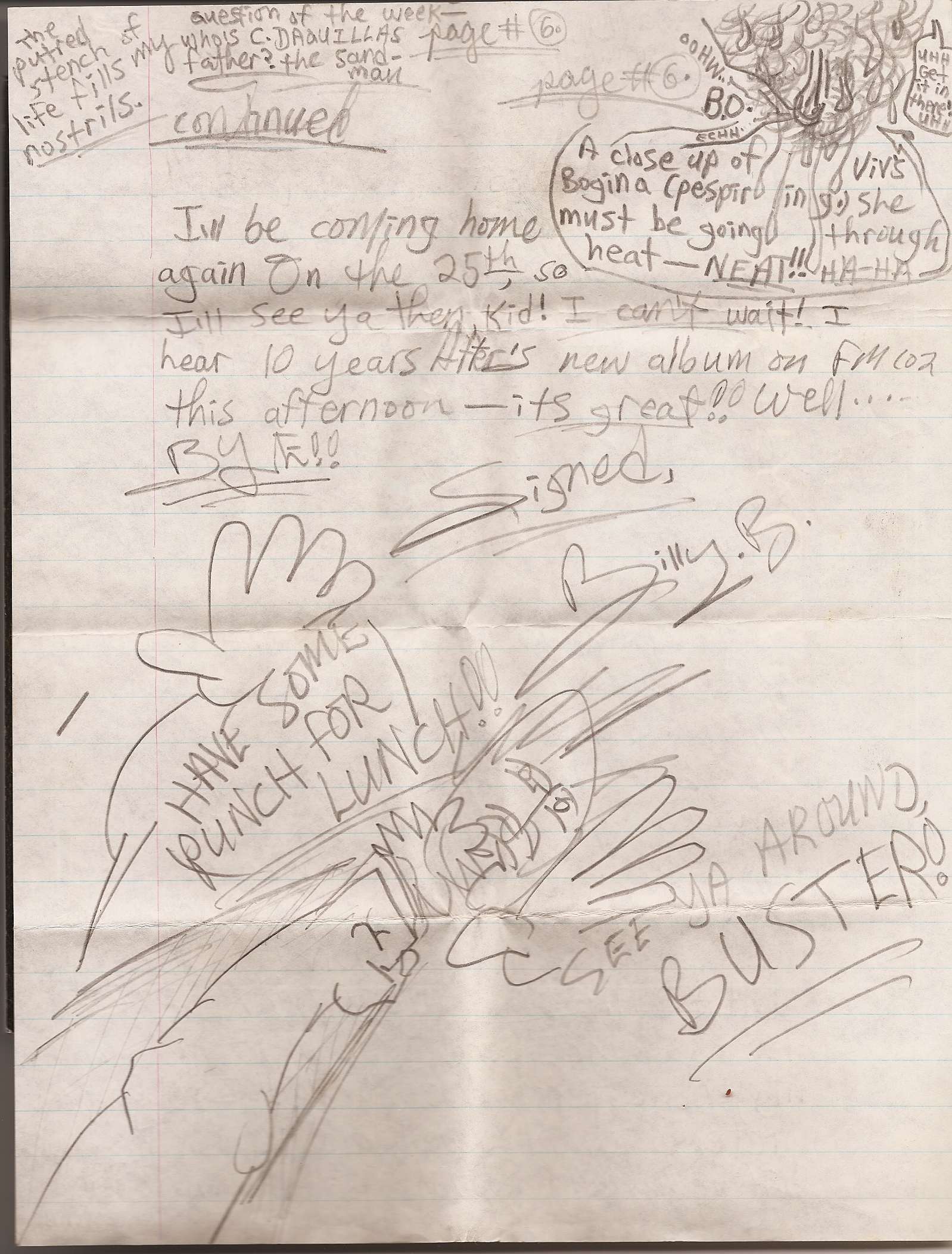 ← Hippie Heaven: A Night at the Fillmore EastGirls Girls Girls: Letters from 1969 →
Scroll To Top