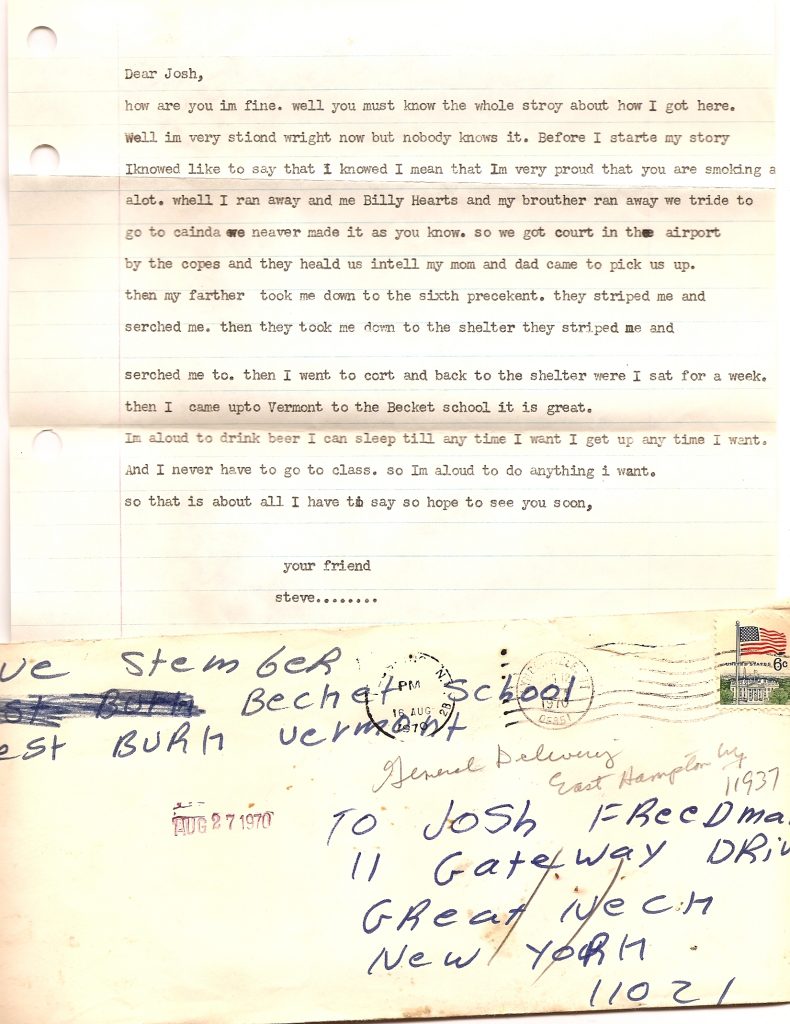 Every close friend I ever had throughout childhood (with the one exception of David Rosenberg) was at some point “sent away.” Meaning reform school, juvenile lockup, a mental institution or facility for wayward boys. I’m talking about a dozen of my best friends, from the entire 12-year prison sentence called school.
Does this reflect something about me? I was never actually sent away myself, but there were some close calls. In some cases, I was crushed, losing a best friend who I would never see again. Like Joey V in fifth grade, a pyromaniac and arsonist. A male twin of The Bad Seed, I’m now grateful he was sent somewhere for the criminally insane. But at the time I enjoyed his company.
On the sweeter side were the Stember Brothers, Alan and Stephen, both adopted by a World War II vet and his WAC wife. Both parents remained steadfast 1940’s Americans, who bent with the winds of time to accommodate their two adopted sons. The Stember Boys were hippies to the bone. I haven’t had contact with either since 1971. Neither turn up in web searches, other than a listing or two in Phoenix.
In the coming weeks, I will scan childhood letters from mental institutions, letters from girls in 1960’s schoolrooms–and this, from Stephen Stember in 1970: